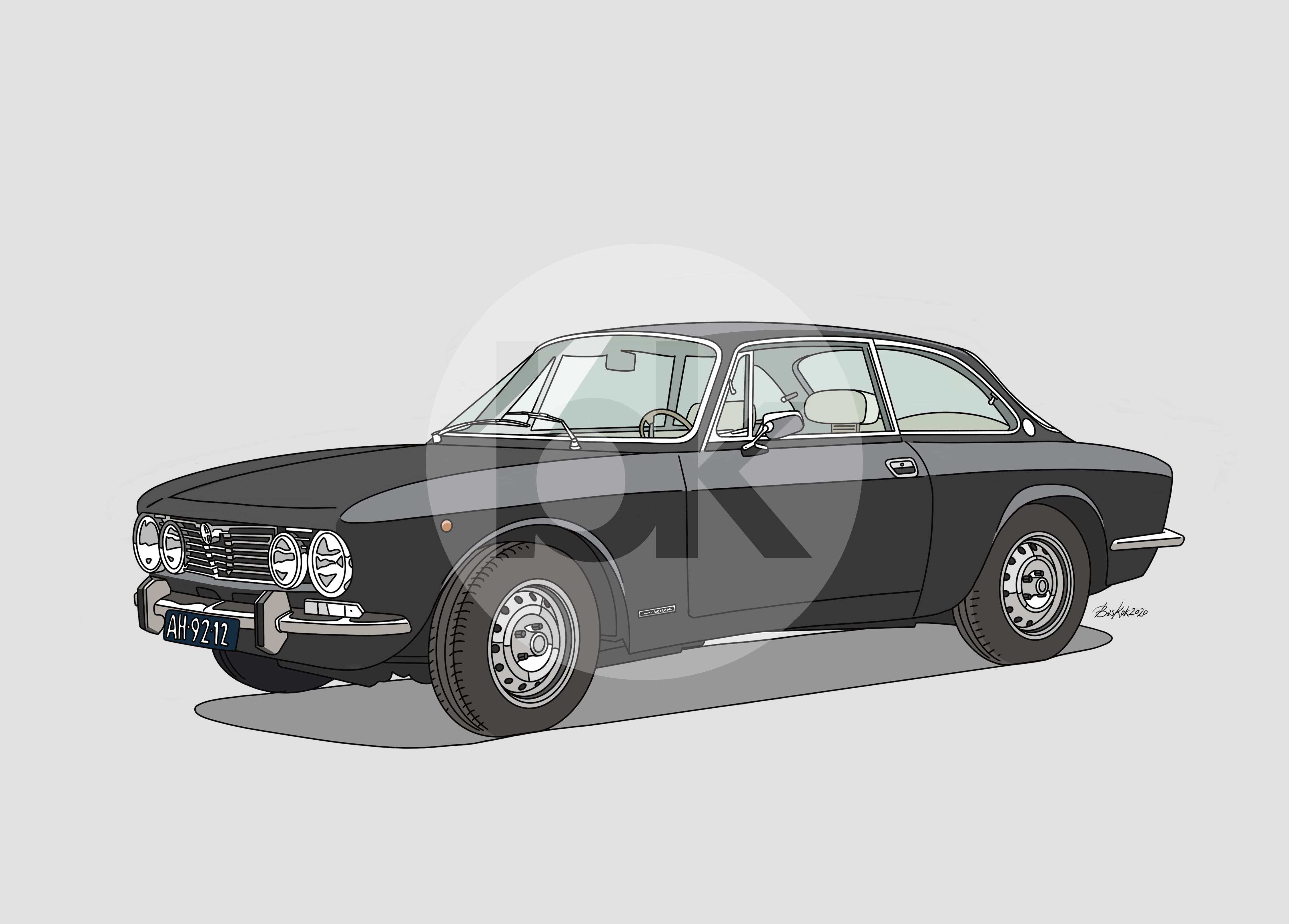 The GT 1300 Junior was a model from the 105/115 series (1963-1977) of Alfa Romeo and was one of the successors of the popular Giulietta Sprint coupé. The body was designed by Giorgetto Giugiaro of the famous Bertone firm. The result was a very innovative design for its time, many items of which were copied by the competition. All models in the series were Gran Turismo (GT) coupes. The 105/115 series can be roughly divided into two categories: the sportiest GT and GTV (V for Veloce) models and the GT Junior range.