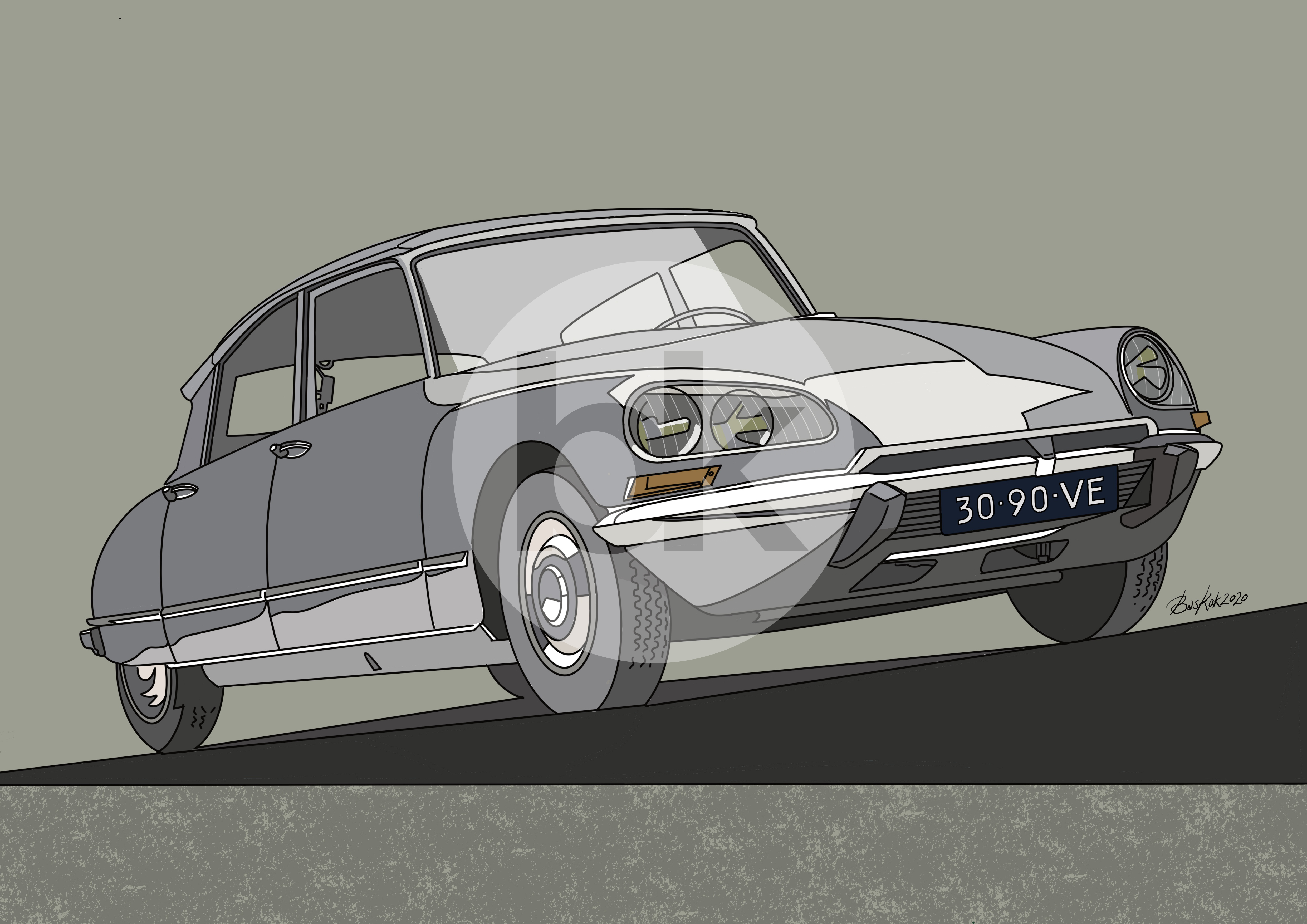 The DS was presented at the Paris Motor Show on October 6, 1955 and was a huge hit. In the previous decade, except for the death of Stalin in 1953, the French newspapers had not devoted so many lines to any news item as to this event. The car had different properties and applied techniques that had not been combined in one car until then. On the first day, 12,000 orders for the new car would have been placed and by the end of the week this would have risen to 80,000, a number that the factory placed before major production problems. It was not until the course of 1956 that deliveries could actually be started. In the meantime, many orders had already been cancelled.

The DS was supplied by Citroën in different versions: saloon (sedan), station wagon (station wagon) and décapotable (convertible). In addition, ambulances were also built on the basis of the 'break' by various coachbuilders. Henri Chapron, who produced the cabriolet and the 'prestige' for Citroën, also built various coupés, convertibles and saloons of his own design under his own (model) name. In addition, dozens of other body shops in various countries have built special models based on the DS. The adjustments were relatively easy to implement because the car - unlike its predecessor, the Traction Avant - had no unibody construction, but loose (bolted) body parts on a very stiff platform. So everyone was free to improvise on that.

The DS took third place in the 1999 'Car of the Century' election and was voted the most beautiful car of all time by a panel of leading car designers, selected by the British magazine 'Classic & Sports Car'.