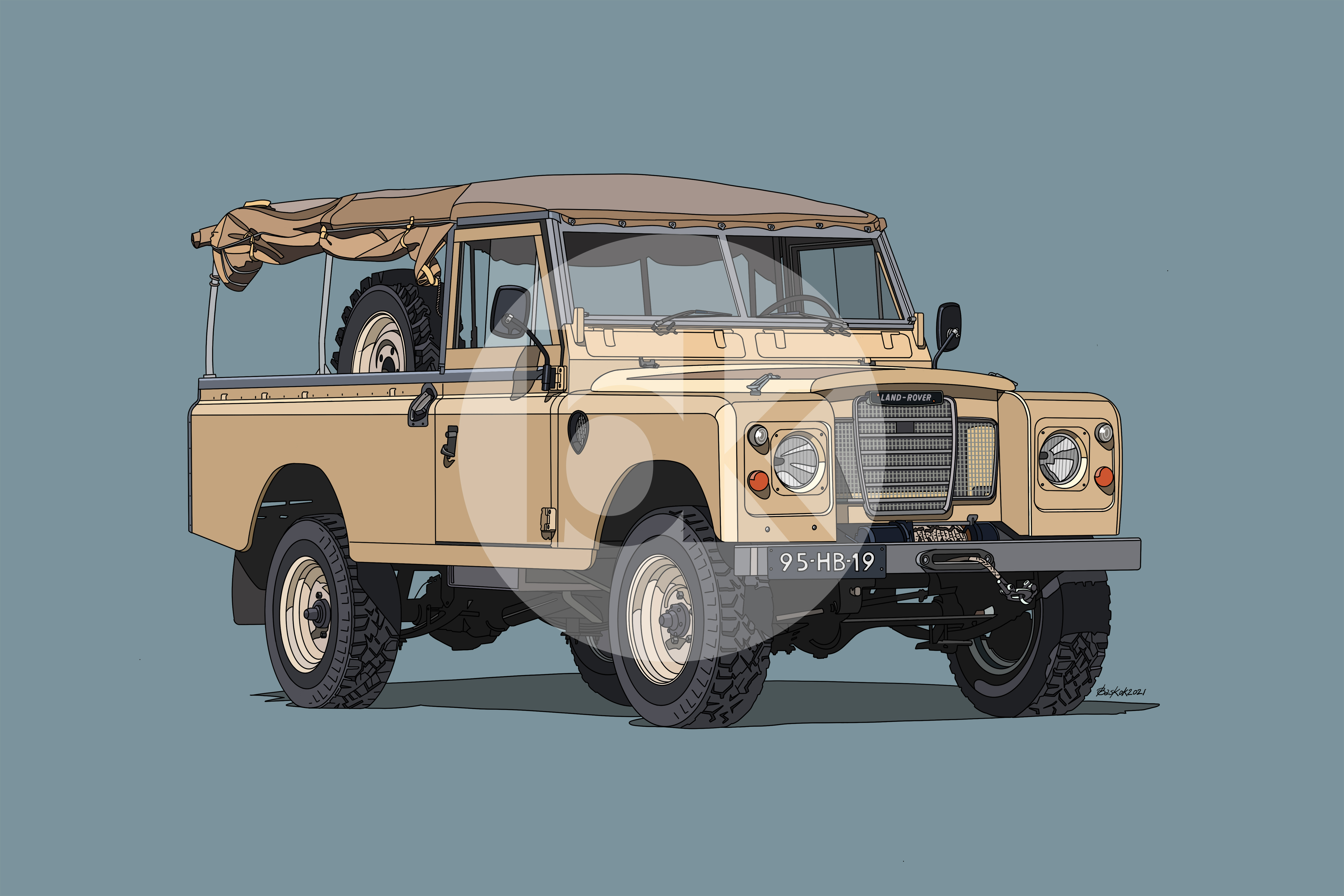 The Land Rover has been built by Rover since 1948. Production started in England, but Land Rovers were soon built under license in Australia, Spain, Belgium and Germany, among others. This was because these countries needed large batches of off-road vehicles for the army and the police, among others. In Spain, the Land Rovers were sold by Santana Motor S.A. built, in Belgium by Minerva and in Germany by Tempo.

The Rover factory, which was run in 1947 by two brothers, Maurice and Spencer Wilks, had overcapacity after the war, because for years mainly military goods were produced. In 1948 the brothers rebuilt the factory. They made a car that could be used in more areas than the Willys Jeep. To do this, they disassembled their old Willys Jeep and built their own off-road vehicle with new and improved parts: the Land Rover. The very first Land Rovers therefore resembled the Willys Jeep technically.

In 1967 Rover became part of Leyland Motors Ltd, later British Leyland (BL). In 1975 Land Rover became a separate operating company within BL. The Rover Group became part of British Aerospace in 1986, and was acquired by BMW in 1994, which Land Rover spun off and sold to the Ford Motor Company in 2000. The latter sold the brand in April 2008 to the Indian company Tata Motors. Together with Jaguar, the company has been incorporated into Jaguar Land Rover.