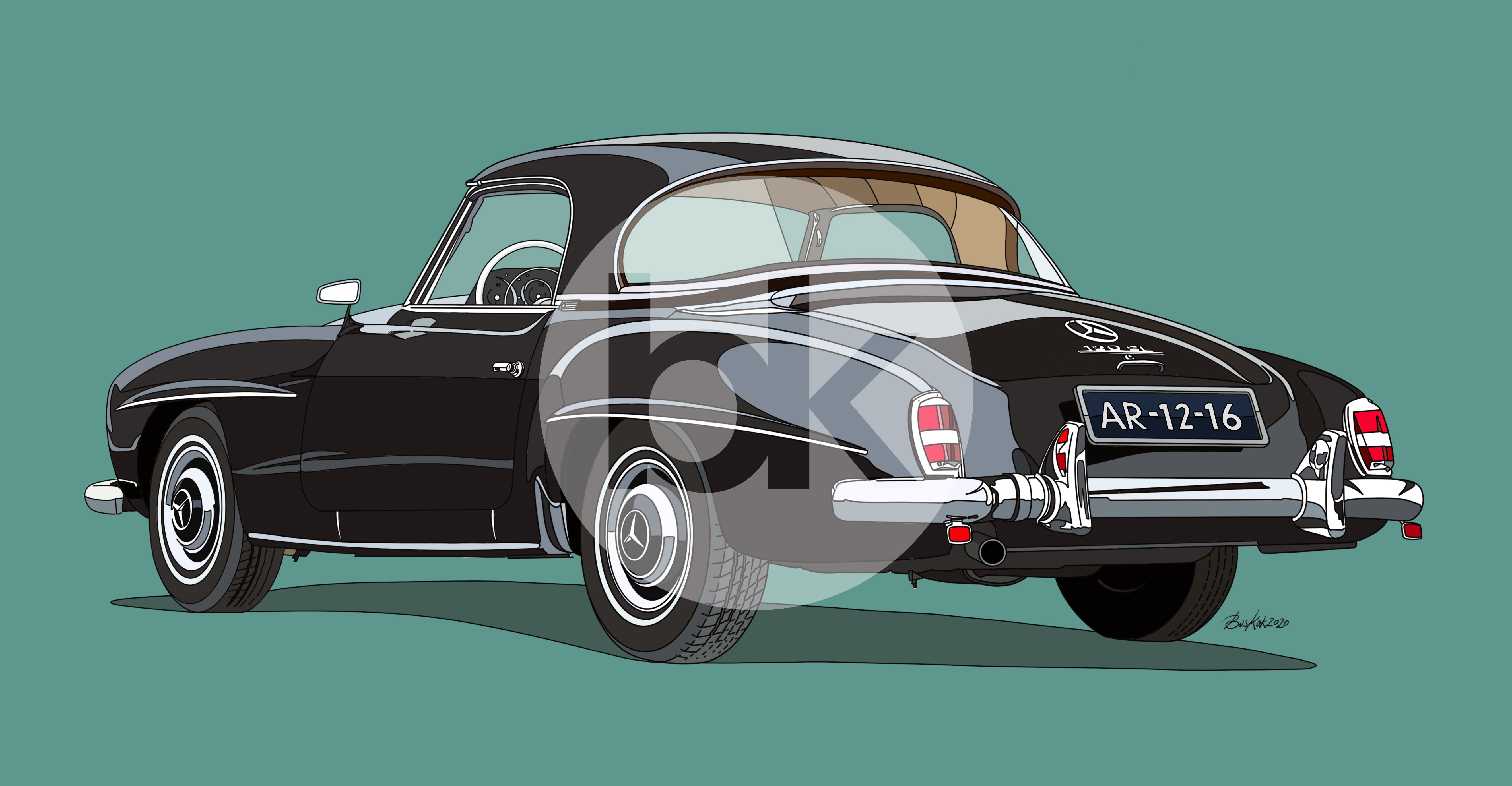 In 1953 the first studies were carried out for an open version of the 180 Ponton sedan, with two or four seats. The Mercedes-Benz 190SL is therefore technically based on the sedan of the W121 series, the so-called 'pontoon model'. To distinguish the 190SL from the Pontoon model 190, the factory code W121 was supplemented with the addition B2 (for Series II), so that the correct internal designation is W121B2. Based on the later internal numbering of the SL models with the abbreviation R (for Roadsters, for example the series 107), the 190SL is sometimes also used the designation R121. The 190SL was only available with a 1.9-liter four-cylinder in-line petrol engine (M121), which delivered, with twin carburettors, about 77 kW (105 hp) ex works.

The 190SL was very similar to its big brother, the 300SL Gullwing, but among other things the engine performance was considerably lower than that of the 300SL, which had a direct-injection 3 liter six-cylinder inline engine with 158 kW (215 hp). Daimler-Benz therefore described the 190SL in the brochures as a touring car and not as a sports car.