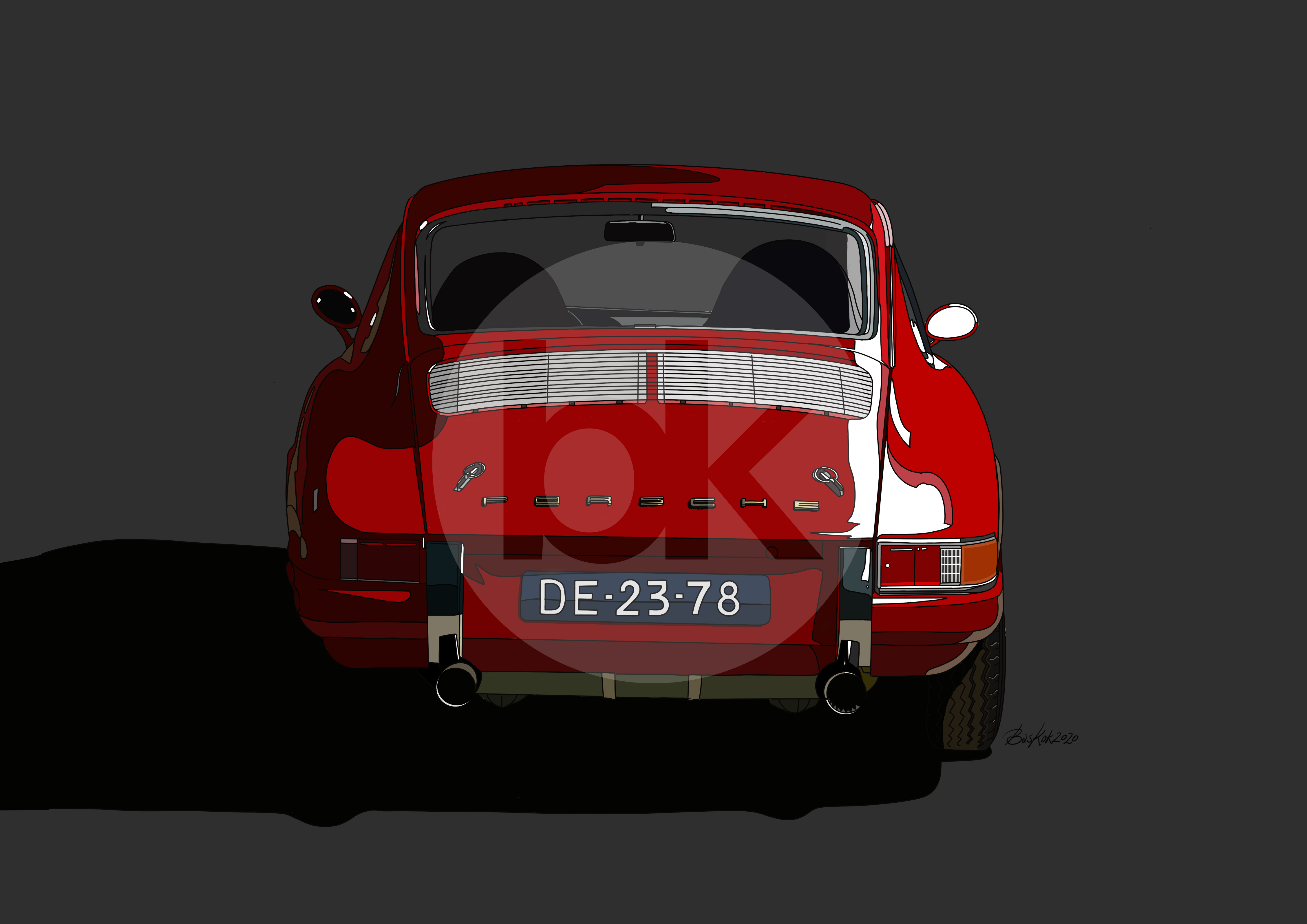 The Porsche 911 is the most famous sports car of the German car manufacturer Porsche. The exterior of the car was designed by Ferdinand 'Butzi' Porsche, grandson of Ferdinand Porsche, the founder of the brand. The familiar shape has hardly changed in the past fifty years.

On September 12, 1963, Porsche model 901 was first shown to the public at the Frankfurt Motor Show. However, the number had to be changed because Peugeot claimed the trademark right on all car model numbers consisting of three digits with a zero in the middle. The 911 was chosen then. The Porsche 911 came on the market in 1964 with a 2.0 liter air-cooled six-cylinder engine that was placed in the back and delivered 130 hp. This allowed the 911 to accelerate from 0 to 100 km/h in 8.9 seconds.

Over the years, the engine capacity grew from 2.0 to 2.2 and 2.4 liters. Various versions were always available. From model year 1974 the cars were equipped with a 2.7 liter engine, and they had aluminum bumpers with concertina rubbers on the side. This was necessary to comply with US safety legislation. From model year 1976, the Porsche was built from galvanized steel to prevent rusting