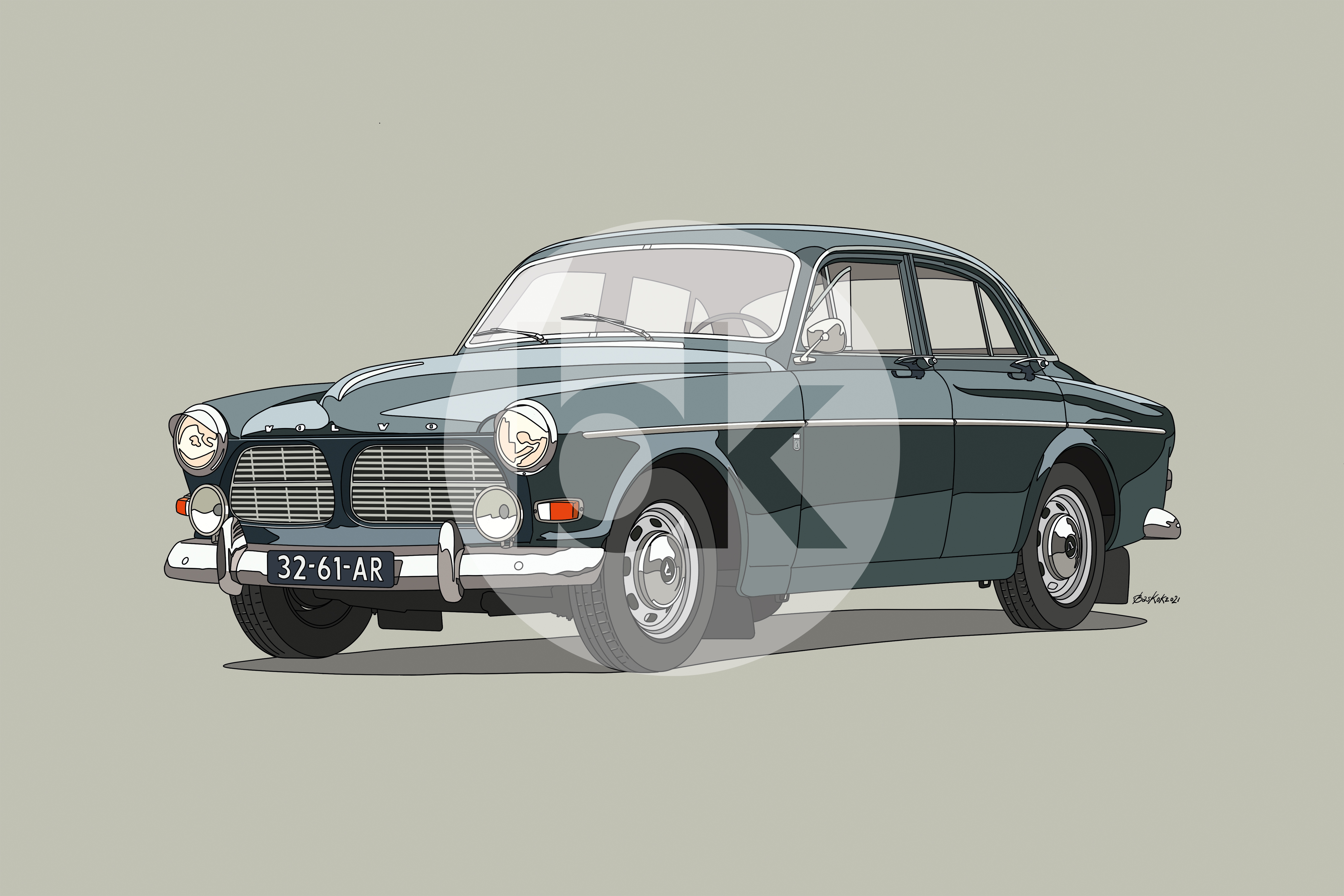 The Volvo Amazon was designed by Jan Wilsgaard and was introduced to the public on September 1, 1956, but delivery did not start until March 1957. It was intended as a successor to the popular Volvo PV444, but proved too expensive. The PV444 had a reputation as a cheap 'people's car' and was therefore replaced by an 'intermediate model', the PV544. In October 1965 the 'Favorit' appeared, a stripped-down version of the Amazon, which would eventually replace the PV544.

Passive safety was (and still is) a top priority at Volvo and the Amazon, along with the PV544, was one of the first cars to come standard with 3-point seat belts and a padded dashboard. The car is known for being very reliable and strong. Of the 297,000 units sold in Sweden, 35,000 are still registered and 15,000 are believed to be in daily use. Production ended in 1970 and the model was succeeded by the Volvo 140 series. From 1961, mechanical parts from the Amazon, such as engine, gearbox and axles, as well as the modified floorpan, were used for Volvo's sports model, the Volvo P1800.