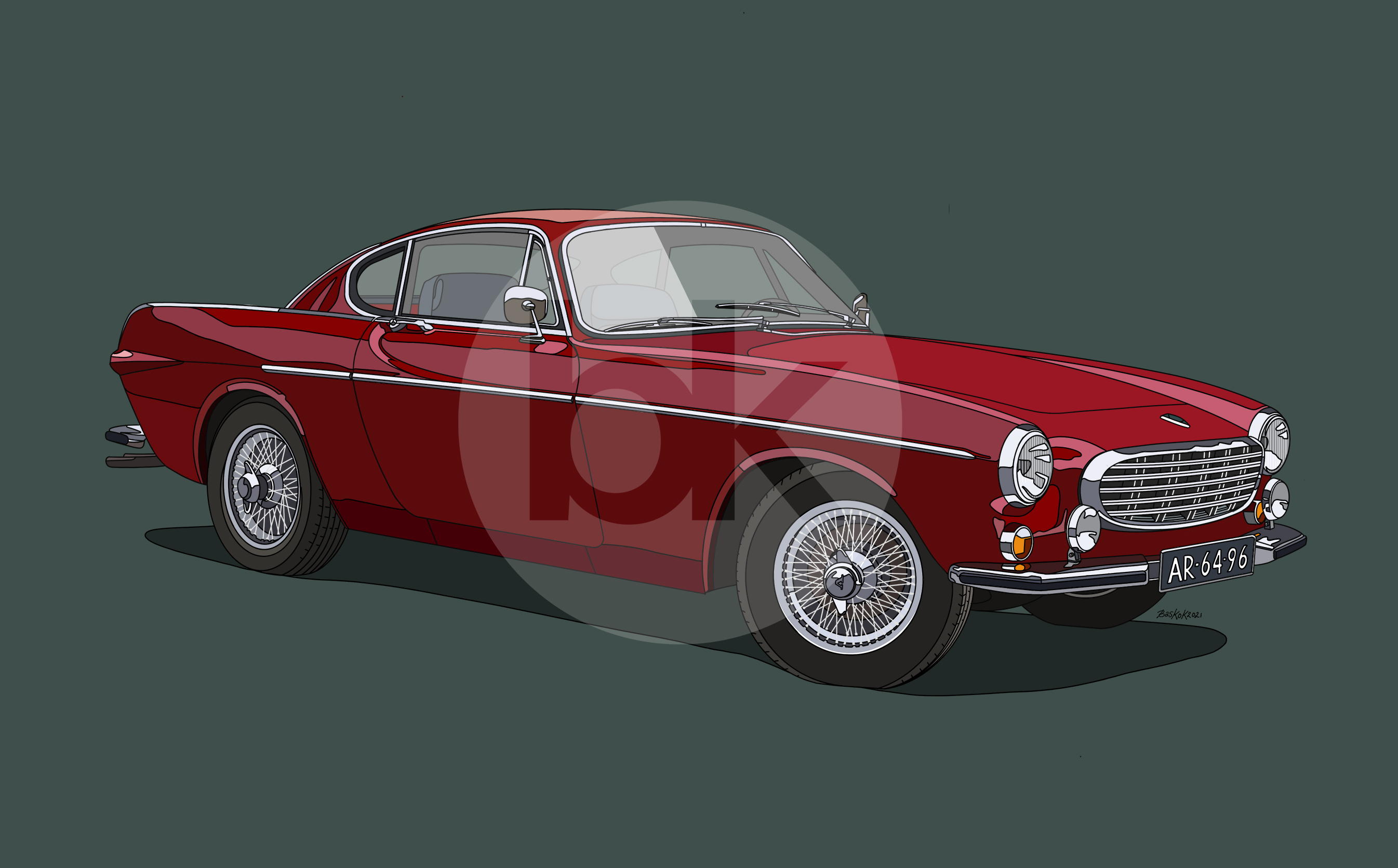 The Volvo P1800 was designed in 1961 by the Swedish designer Pelle Petterson, who at the time worked for the Italian bodywork company Frua. This was the second model with which Volvo tried to penetrate the sports car market. The first model, the P1900, was not a success. Quality problems were fatal for that car, a mistake Volvo would not make again with the P1800.
A white 1800 S with the registration number ST 1 was used in the 1960s in the hit TV series The Saint starring Roger Moore as Simon Templar.

Production of the P1800 started in 1961. Due to the great popularity of the Amazon and the unplanned continuation of the PV544 production, Volvo itself had no production capacity for the P1800. That is why the production of the body was outsourced to Pressed Steel in Scotland. Final assembly would take place at Jensen in West Bromwich (England). Only about 6000 cars have been produced at Jensen because Volvo decided to break the contract with Jensen and do the final assembly itself, due to problems with the assembly and quality of the paintwork. Assembly was transferred to Volvo's own factory in Lundby (Gothenburg) but body production remained with Pressed Steel for the time being. In the winter of 1968, the production of Pressed Steel sheet metal and bodywork also moved to Volvo's Olofström plant. The type designation was then adapted by adding the letter S from 'Svenska' (Swedish), while the 'P' was dropped: the P1800 thus became 1800 S. In August 1969 the engine was fitted with D-Jetronic petrol injection manufactured by Bosch and from then on the car was called 1800 E (E for Electronic Injection).