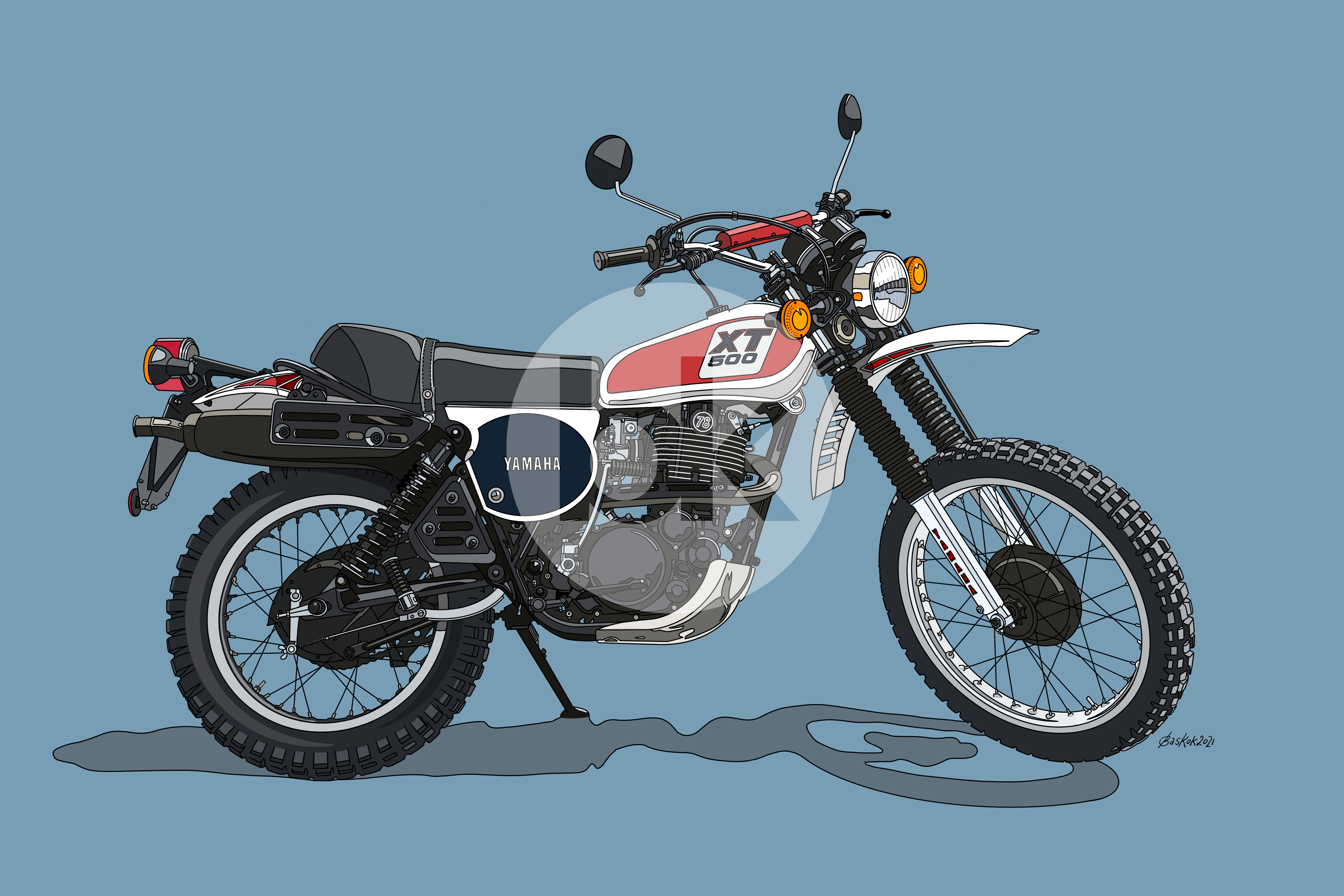 The Yamaha XT500 was and still is regarded as the pacesetter of the all-road adventure segment. Thanks in part to the very first Dakar successes, the rudimentary single-cylinder became the most legendary off-road classic of all time.

At the end of the seventies, the XTs were barely available, so popular was this air-cooled single-cylinder, which was developed on the basis of the two-valve block from the SR500 street bike. Initially, the XT500 was intended for the American off-road market, but the adventurous image acquired by the XT500 by winning the first two Dakar editions made the Yamaha single-cylinder one of the best-selling motorcycles in Europe. No fewer than 62,000 XT500s were sold in France alone between 1976 and 1990.